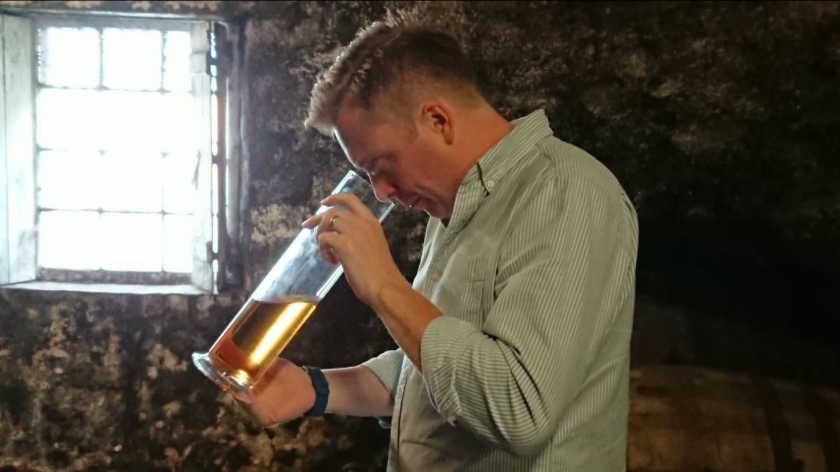 “Trying to fit every taste of whisky into three bottles on the shelf is like my sister trying to fit all my niece’s gear into the car for a family holiday. It isn’t going to happen.”

Earlier this year I lost what was left of my marbles and agreed to help open a restaurant as both an investor (don’t get carried away!) and ‘the wine guy’. My two business partners are twentysomething French lads who, besides making me feel ridiculously old, aren’t the hottest when it comes to wine knowledge, so they were happy to leave those decisions to me. I like wine, I write about it (well, sort of), how hard can it be to stock out the restaurant?

I’ll pause whilst the sommeliers out there stop laughing at me.

There’s stocking levels and initial budgets to think about. There’s your own staff’s knowledge, and let’s be fair, the customers’ knowledge. What is people’s buying power? What are your food pairings? Then there are the monthly themes, weekly themes, #NationalMalbecDay or whatever jobby is going on at the time.

It’s a minefield, and that’s why big importers have educators. They’re not there to tell you how to suck eggs, regardless of whether or not you or any other bugger understands that phrase. One of the best in the business is Clara Rubin, now getting her feet under her new desk at the impressive and expanding Red Squirrel, who helped me. She’s spent years working on education programmes starting from Wine List 101 and onwards.

But there’s another shelf in restaurants that are all too easily forgotten about. The magical lost shelf that I found requires even greater thought than your wine list. The spirits shelf. The “every other alcoholic drink in the world in quarter of a piece of A4” shelf. God help us.

WHERE DO YOU EVEN START? 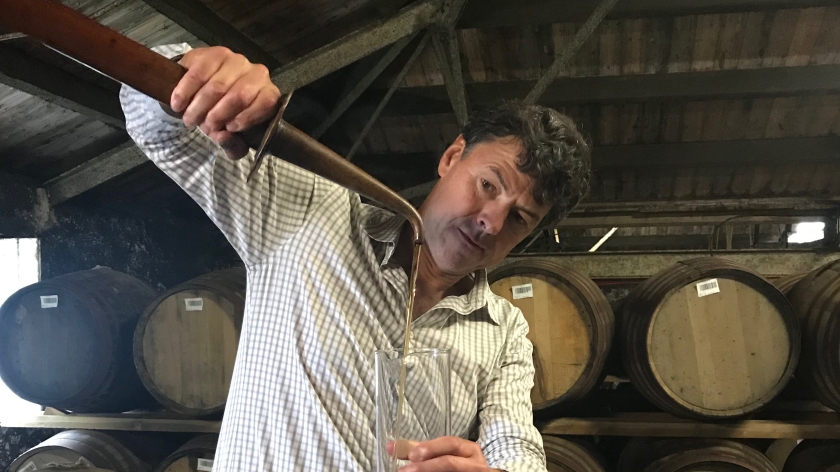 Two things stuck in my head when we opened. We’re a French restaurant, so let’s just make sure we’ve got decent brandies and calvados. Not even sure we’ve managed that yet, but don’t tell anybody. And also the only thing left in the bank account after paying the contractors at the start was thin bloody air. To say we opened skinny is an understatement. The choices for the spirit shelf were going to be limited.

So off I headed to Booker’s in Camden with my bright orange card in hand, ready to go. I was stood in the aisle staring at shelf after shelf of brand-astic booze. I had to pick something, and my first battle was “Whisky”.

Gin bars make me laugh. There are different gins, sure. But are they really THAT different? Are they bollocks. And don’t give me all that hipster rubbish of “oh you’re just missing the nuances”. I’m not. Unless you’re going to serve me up Half Hitch’s insanely good Pickled Onion Monster Munch Gin, then sit yourself down, boyo!

But whisky? Whisky is, like rum as well, so under-appreciated in terms of styles and qualities that trying to fit every taste into three bottles on the shelf is like my sister trying to fit all my niece’s gear into the car for a family holiday. It isn’t going to happen.

Luckily help was on hand in the form of Colin Hampden White. I met Colin a couple of years back on a press trip, and he’s been my whisky guru ever since. He took me to my first Whisky Live and told me (ie. lied to me) that whisky people don’t use spittoons. I was smashed after 40 minutes.

I asked him his sage advice. Johnnie Walker Black. The every ‘day dram’ of the whisky drinker. Well, it was definitely in Booker’s!!

I was thinking about this episode a few weeks back when I was on my first ever distillery visit, with Colin funnily enough, up at Glenmorangie in the Highlands whisky region. The unforgettable Dr Bill Lumsden heads up production at the distillery, and at LVMH’s other distillery, Ardbeg in Islay.

Of course we were lucky enough to try some amazing variations, top barrel samples, and were taken through all the flicks and tricks Bill that the team are known for, but it was that evening when we sat having a pre-dinner cocktail with Glenmo Original that I was really sold.

CROWD PLEASERS SHOULD BE A SOURCE OF PRIDE

SO MANY WHISKIES, SO LITTLE TIME!

Not only had I just survived a mauling from an eagle owl on the lawn of Glenmo House during a falconry display, I was also sipping back on the distillery’s entry level whisky. Both neat and in cocktails. It was great. Whisky nuts will argue that it’s nowhere near as expressive as Glenmo’s spicy Spios, or citrusy Nectar D’Or, but look lads and lasses, it costs a lot less and I run a bloody business here!

If you find yourself in the same situation, go find yourself a distillery to trust, and then bang onto their ‘entry level’ house whisky. It should be their one of their biggest pride and joys.

And you can do a lot worse than starting with Dr Bill up at Glenmorangie.

THIS ARTICLE WAS ORIGINALLY POSTED IN THE BUYER, THE UK’S FASTEST GROWING ON-TRADE WINE AND SPIRITS MAGAZINE

My thoughts on wine, spirits, and all the inbetween